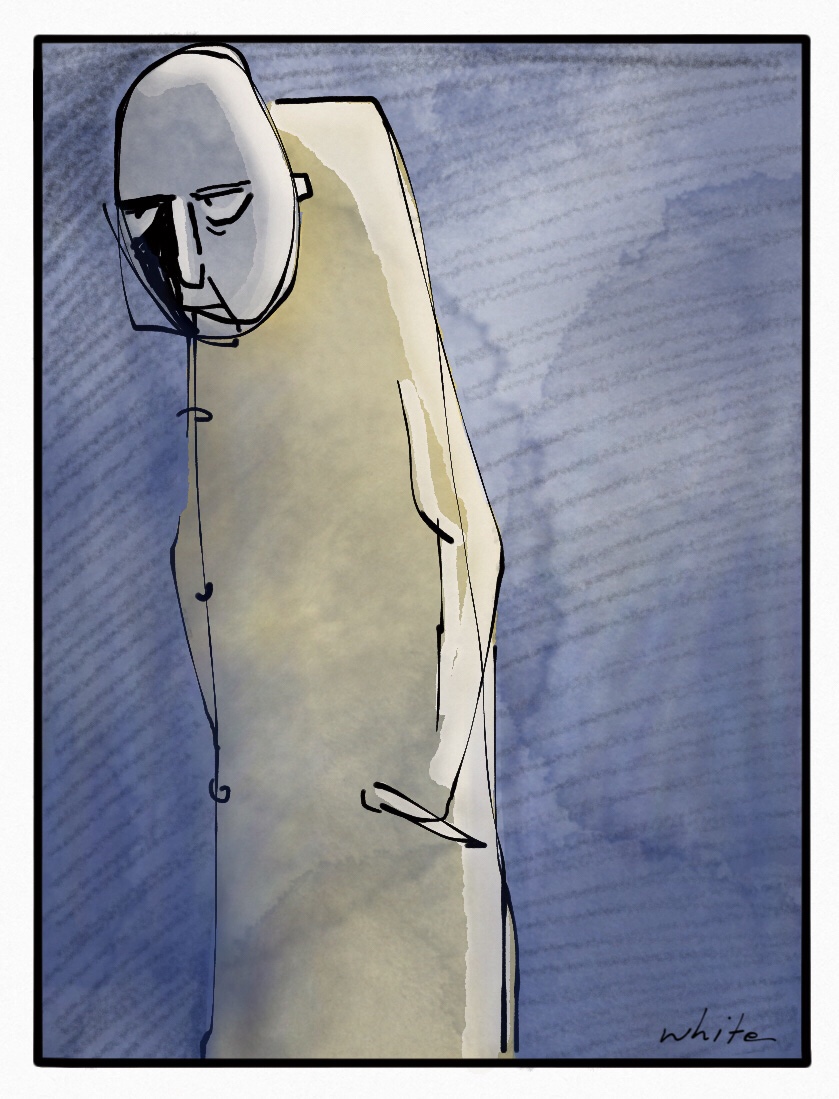 So enjoyable to create, especially when one starts out with no end in mind. 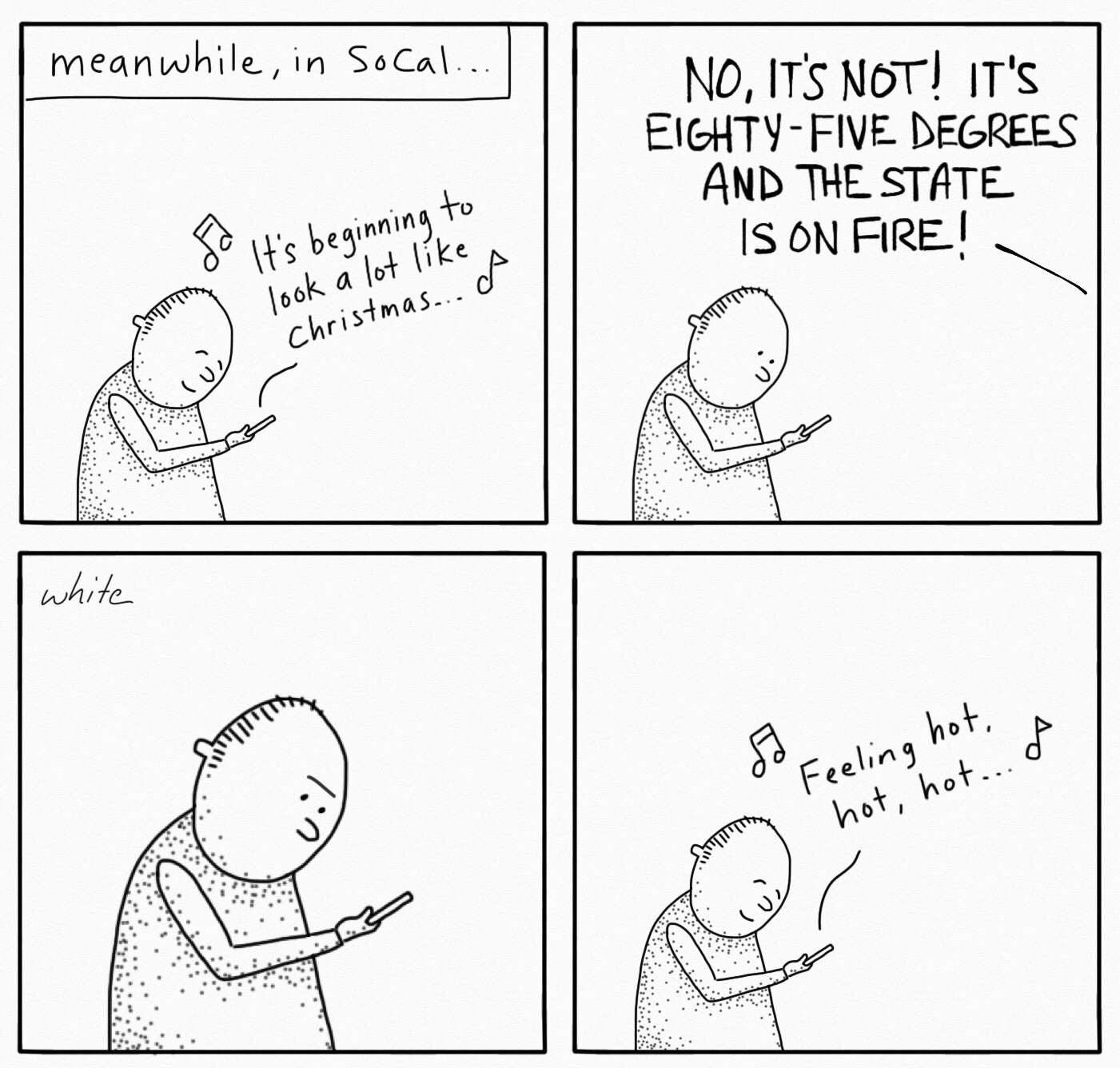 This was fun to draw. Inspired by Gary Larson, of course. 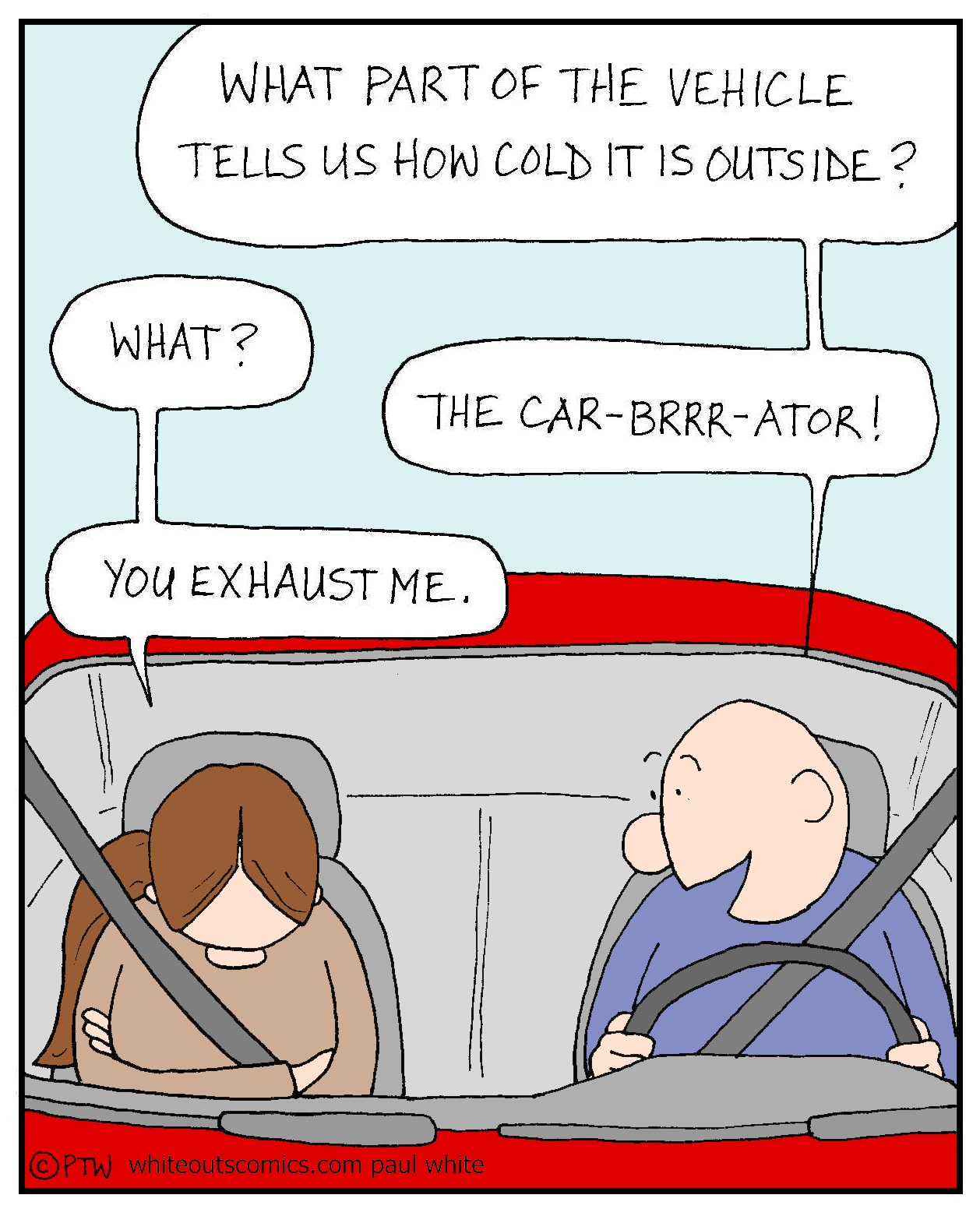 Happy new year, folks. Sorry for the lack of cartoons–I was out of town and busy with holiday cheer. We spent some of the time in Colorado and it was about 15-25 degrees for most of our visit. Perhaps that inspired this very bad pun… 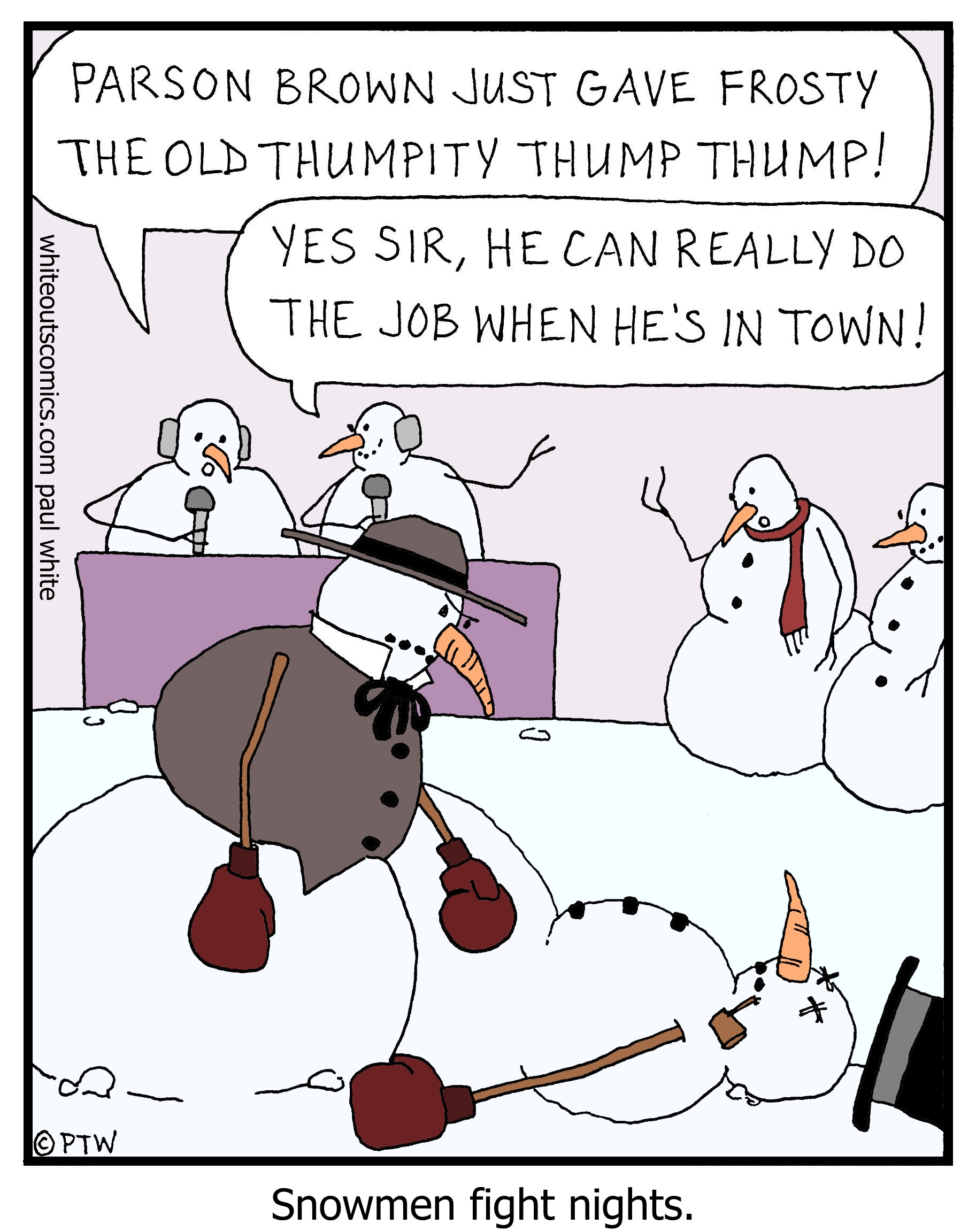 Here’s another one of my favorites from last Christmas. Don’t mess with Parson Brown.

I’ve submitted three drawings to The New Yorker thus far and all three appear to be languishing in “cartoon purgatory.” I’ve gotten notification that they have been received but no official “accept” or “reject.”

I got the idea for the cartoon above about three days AFTER the winter solstice last year, so I’ve been sitting on it for many months. I thought this was a funny idea and sent it to The New Yorker way back in mid-October, thinking they might be interested in it for a December run.

In retrospect, they probably need far longer lead time than that…just to sort through the thousands of submissions they receive.

Anyway, since I haven’t heard anything and since today is the winter solstice…enjoy!

I think there are about 17 Americans left who still exhibit any surprise at our polarized political landscape. Sadly, we’re much more in tune with the cynicism of this little girl. 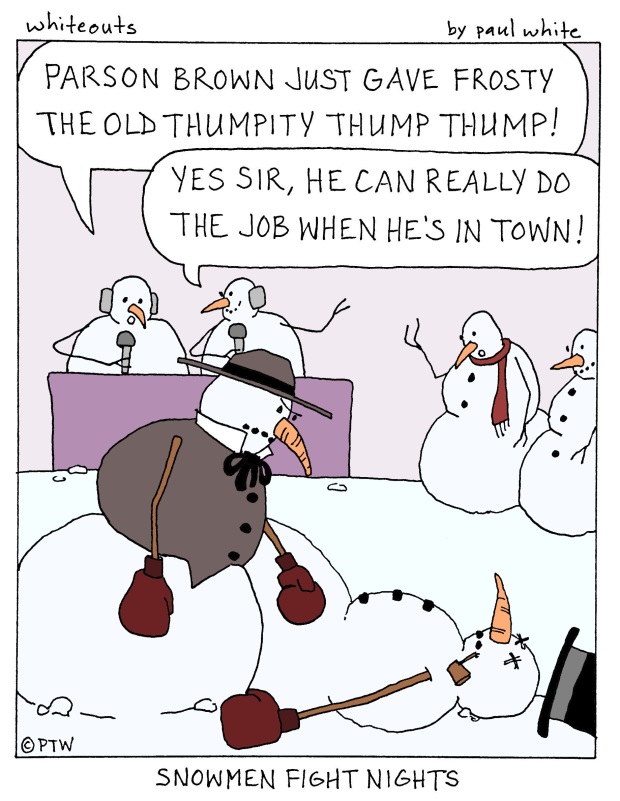 Some familiarity with the lyrics of “Frosty the Snowman” and “Winter Wonderland” will make this cartoon more enjoyable for you.

Go all the way back to the beginning…